Today we went on a field trip to do Taiko! First, we met up at school in front of the library and headed out. It was a very long bus ride, but since I was able to talk with my friends, it was okay. I’ve been playing taiko for a few years now, but I haven’t had the chance to play in a while, so I was very excited to get to play again!

When we finally arrived, we went up the elevator and waited for the instructors to lead us in. There were a few taiko drums sitting outside. We took our shoes off at the entrance and we were led into their practice room. It was very big and spacious, with a wall covered in mirrors. They had set up the drums in three rows for us. 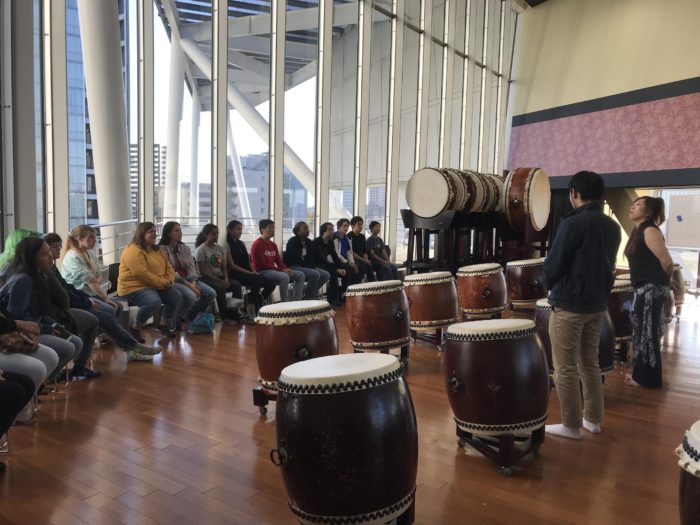 First, we did a bit of a warm up. We did some stretches and a few squats. After that, they showed us how to hit the drum. Once most people got the hang of it, we played a simple rhythm. They went over the kuchishoka with us to help us remember it.

The next part was learning the ji that the shime plays. Except instead of having the shime do it, we were split into two groups. One group would play the ji and the other would play the rhythm, and then we would switch. This way, people could hear what it sounded like with the two rhythms combined. 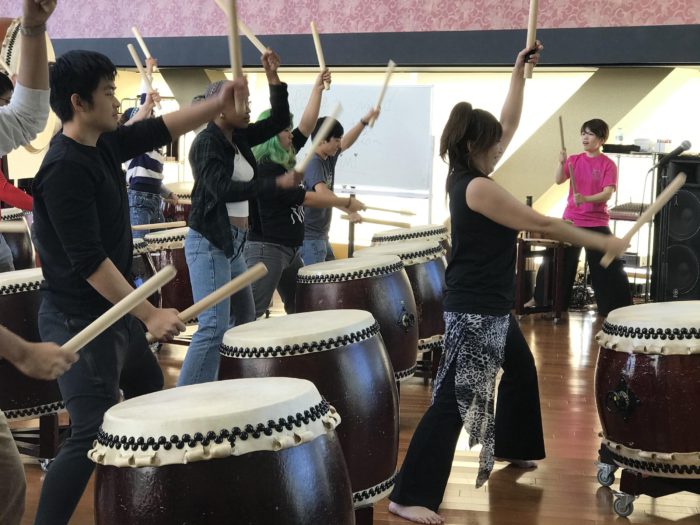 After that, they gave us a break and had us sit down again. The two instructors had their own performance that they were going to do for us. They were very full of energy as they danced and played, and I could really see the difference in skill and how far I had to go to really improve.

Finally in the end, they had us play the Oodaiko, which is the big drum on the stands. My arms hurt a bit from having to hold them above my head the whole time. But either way, it was very fun! I also got a pin and a keychain! It was nice to be able to play taiko again, especially since I haven’t touched a drum since April. 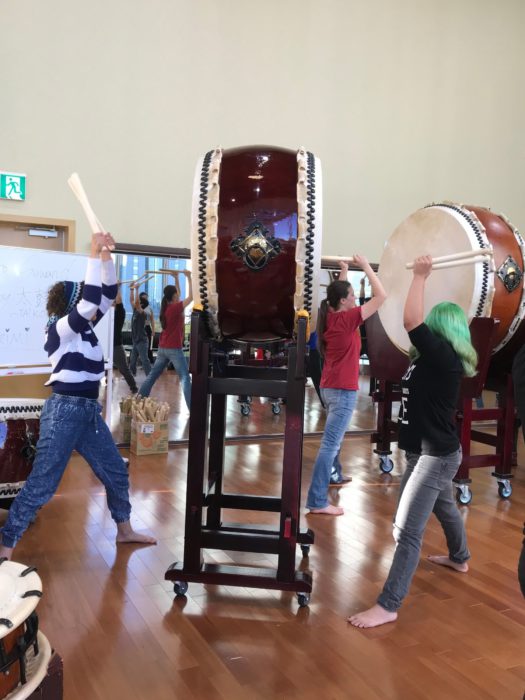