We went on a field trip to make green tea at a real tea factory! When we first got there, we were given a short introduction on what happened at the factory and what we would be doing that day. We then got dressed up in traditional gear! It was really fun! I think we all looked really good. 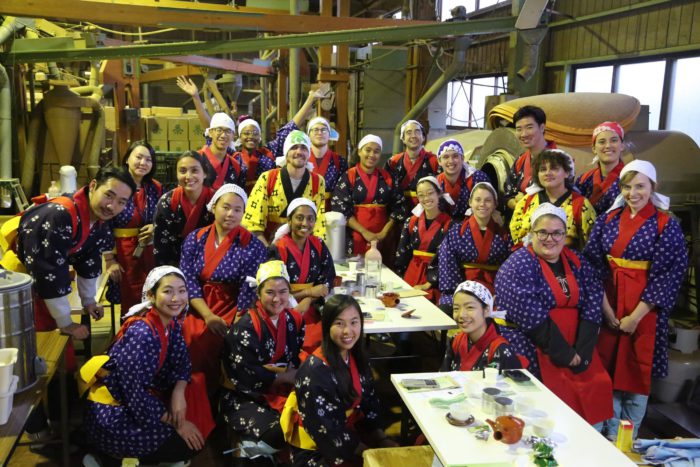 Next, we were able to go out into the fields. We took a couple pictures in the bushes first, and then we got to work. We each had a basket and we were given instructions on how to know which leaves to pick. Honestly, I didn’t expect most of what the tea plants looked like. They just looked like ordinary old plants, nothing super special. I wasn’t sure how people even realized that these leaves could be boiled to make tea because I probably wouldn’t have even given them a second thought. 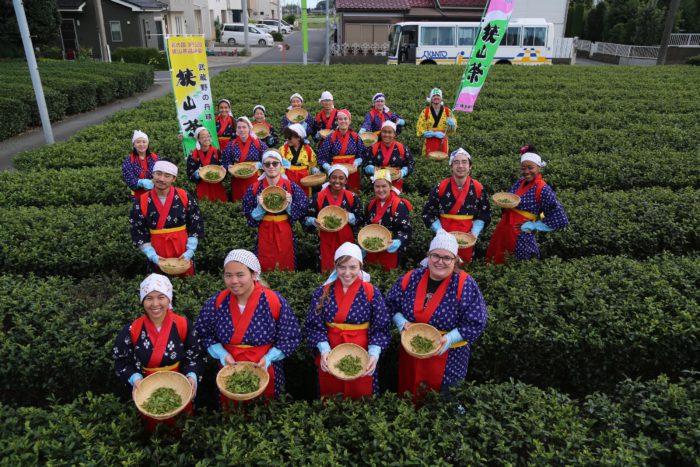 We were instructed to pick the baby leaves with new shoots coming out, which looked like the most inconspicuous thing. I would have never even noticed. We only had 20 minutes, but that seemed to have been enough. I picked a whole ton of them, while some people only picked a little bit. However, a whole ton of them seemed to not be as efficient as I would soon learn.

We got back to the factory, washed the leaves, and put them in a plastic bag. I had so many leaves that I couldn’t fit them all in the strainer, so I had to give some to my friend that didn’t have as many. After we washed them, we came back inside and put them in the microwave for a few minutes. After that, we would rub the leaves together with our hands. From then on, it was just repeating those two steps. It was microwave, rub, repeat, until the leaves were dry and crispy and looked like actual tea. Mine took a long time since I had so many. I also forgot to take pictures of them at first, so I don’t have pictures of every step of the process. These are the later stages all the way to completion. 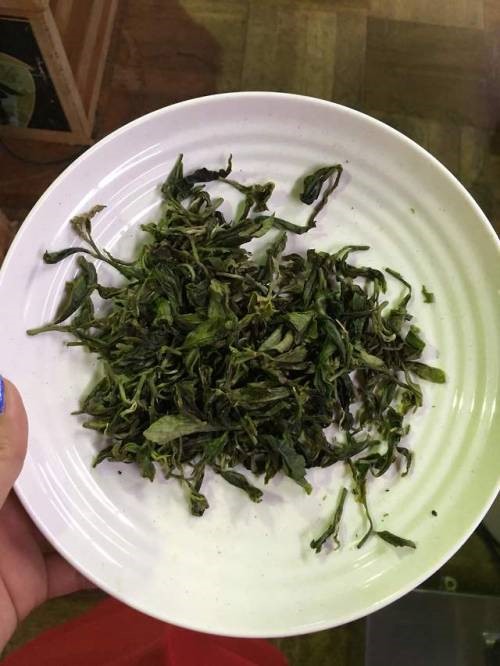 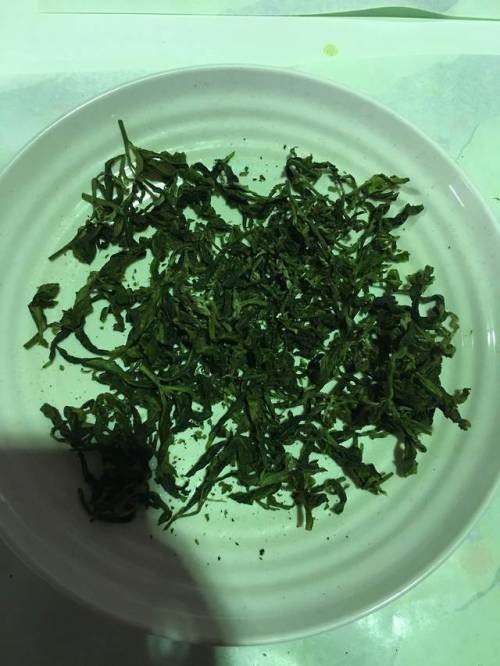 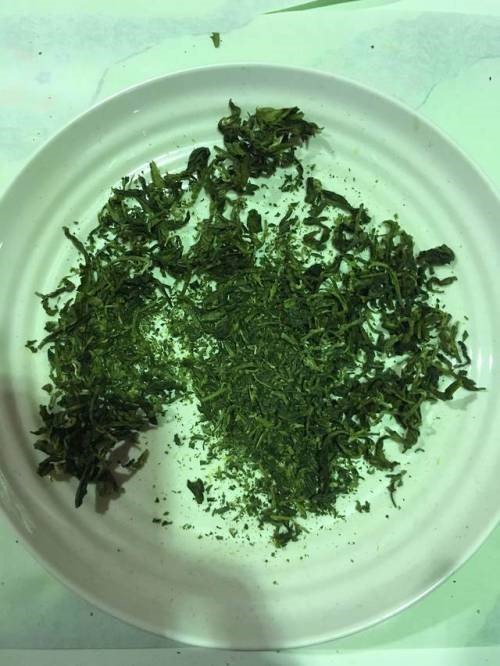 One of the people that happened to be helping us said that my tea smelled a bit different and that it might have been my perfume, but since I don’t wear perfume, I figured it was the hand soap I used before. They also let us try the tea, and taught us how to prepare and pour the tea. We made some tea and served it to each other. I think I prefer Hojicha, which is roasted green tea, over regular green tea. We were also given chocolates, tea leaf tempura, tea cookies, and they even gave each of us a kyuusu, or a traditional Japanese tea pot. We all went to the gift shop to buy more chocolates after the trip was over. 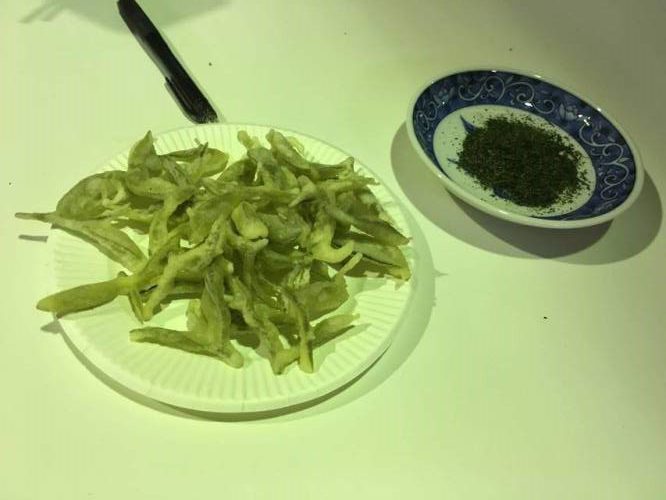 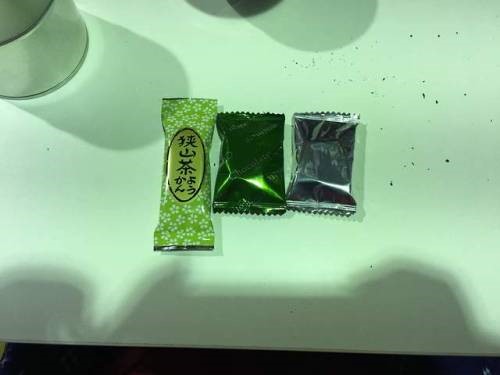 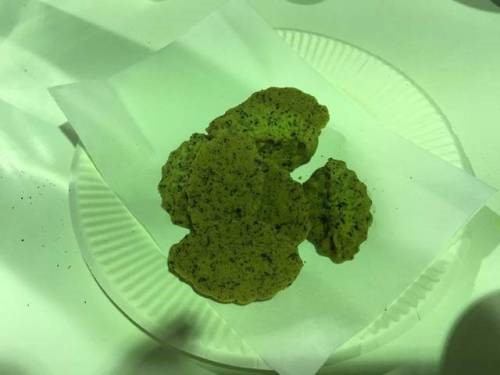 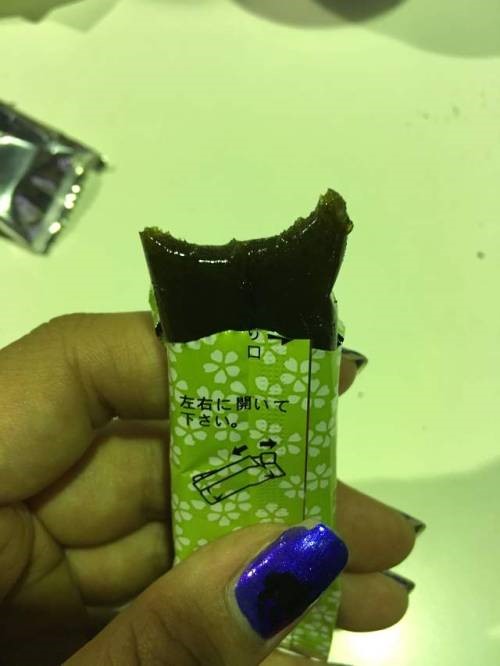 This was some sort of tea jelly. It wasn’t my favorite, but I liked it.

My tea was pretty good when I tried it. The soap might have affected the smell, but it tasted just fine. If anything, I think my tea might have been a little too weak. The helpers told us that if we are rough when rubbing the leaves in the process of making the tea, the flavor will come out more. I guess I wasn’t rough enough. However, I really loved this field trip, and I’d like to get a tea plant if possible! It was really fun and easy to do, and I’d love to have fresh tea whenever I want to.